Thanks for a great season 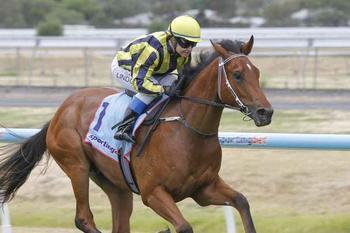 As another racing season passes by I thought it was a good time to reflect on the past twelve months and say thank you on behalf of Andrew and myself.

The thank you is far reaching. There are our valuable owners, who entrust in Andrew and I and provide us with the opportunity to train their horses.

It is a big team at French Cotton Lodge who combine to make the wheel turn and the efforts of our staff is very important.

Pam of course plays a major role in the running of our business both on and off the track.

The 2014/15 season in South Australia saw us train 42 winners of which 33 were in the Metropolitan area.

After being in contention to the final City meeting of the season for Champion Trainer honours, we eventually had to settle for third spot.

We took great delight though in seeing stable rider Clare Lindop win both the South Australian Title with ninety six winners and the Metropolitan award with fifty five winners.

Long time client owner/breeder Harry Perks also had a fabulous season with 21 winners for the year. One of Harry's horses Too Cool To Fool, who won three races for the season, also became the stable's first Adelaide Cup runner back in March. Her effort to run fifth beaten less than a length was outstanding and a big thrill for the stable.

The horse to win the most races for the season was Counter Pulse, who had a tremendous start to his racing career posting four victories. He was bred and is owned by other long term clients and friends Dr Ron Lehman and his wife Jocelyn.

Counter Pulse forms an exciting band of now three year olds who we hope can bring success in Melbourne this spring. Along with the likes of Royal Rumble, Mail It In, Battle Brewing and C'est Beau La Vie there appears much to look forward to in the coming months.

Go Indy Go is also destined to return to Melbourne this spring as we look to her recapturing her best form which has seen her compete at the highest level.

It would be remiss not to mention our most recent Black Type winner Daytona Grey who took out the Group 3 R N Irwin Stakes at Morphettville back in April. He has been a lovely horse for the stable and recently took his stake earnings over the $400,000 mark.

In closing, I would like to reiterate how appreciative we are of the support that our Owners give us, and here's to many more winners in season 2015/16.