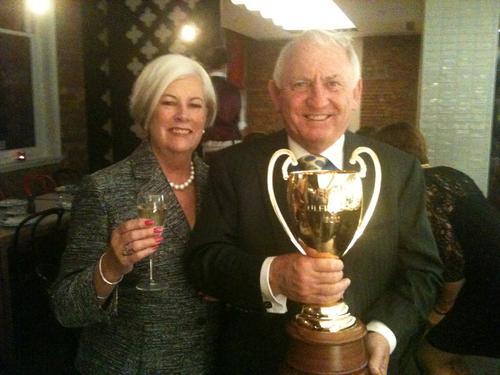 Well, what a wonderful Spring for the Stable bringing home Group 1 glory!

The Caulfield Cup, the richest 2400 metre handicap in the world and also probably one of the hardest to win, was a fantastic result for the stable when Southern Speed saluted!

Perfectly ridden by Craig Williams, she came away to win easily at the finish and after watching the replay (in a calmer state!) she looked the winner a long way out, but of course you are never confident until they cross the line.

Congratulations to Harry Perks, Trevor Robertson and Rodney Fairclough who have loyally supported the stable for many years.

Southern Speed then went on to Derby Day and ran a great 4th in the McKinnon Stakes before going to the paddock to prepare for her Autumn campaign.

Her main goal will be the BMW at Randwick in the Autumn, preceded by the Australian Cup and the Ranvet Stakes.

Our thanks goes to Brian Davis who spent almost 3 months away from home with her during the Spring looking after her.

After a great preparation in Adelaide, Perfect Punch went to the VRC Derby via the Geelong Classic - which was the path we took with Rebel Raider - but unfortunately was overcome by the awe of the day and gave Clare Lindop a torrid ride. He has now been gelded, and hopefully has his mind fully on the job for a good preparation in the Autumn - maybe culminating in the AJC Derby.

On the local front Perfect Punch was outstanding winning 3 in a row - ending with the Listed Hill Smith Stakes. Others winners included Lalla Rookh, Magic Milady and Blame Game.

Now to the future stars! It's an exciting time of the year with many unraced two year olds being put through their paces. We have some very nice horses coming along and are looking forward to their debuts.

A mention to our apprentice Jackson Matthews who has continued to rack up winners both in the City and on the Country circuit. Jackson's riding has improved significantly and he will be a very valuable 3 kilogram claiming apprentice for the stable in the coming months.

We wish all our Clients and supporters all the best for the Festive Season and hope there are many winners to come in the not too distant future!